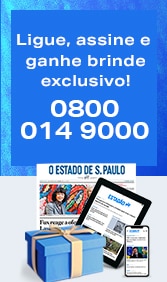 In China fans of Apple have been reacting to the death of the company's co-founder Steve Jobs.

At Beijing's flagship Apple Store they switched off the company's famous icon at midday. It was a tribute to Steve Jobs the visionary who had created a truly global brand. Flowers were laid at the entrance of the store. Some came to shop but others are gathered to pay tribute.

Speaker 1"I just found out this morning from the news that Mr Jobs has passed away, so this is why I came here. I wanted to buy some flowers myself but I couldn't find where."

Speaker 2"I'm kind of a diehard fan of Apple. It's really really sad to see that Steve Jobs passed away. This man I think really influenced the way I think, the way I observe the world. I really can't say how grateful I am to him."

Many Apple products are made in China. But unlike other western brands Apple is a household name here. Its iPhones and iPads are snapped up by the growing middle class. More than 35 million Chinese internet users also tweeted about his death.

Steve Jobs was a man who was idolised around the globe and many here say his vision helped connect the world.

a tribute to (algo que é feito como manifestação de respeito e admiração por alguém, principalmente por alguém que faleceu) something that is done to show respect and admiration for someone, particularly someone who has died

to pay tribute (homenagear, fazer algo em sinal de respeito a alguém) to do something as a mark of respect for someone